A total of eight first team players and one from Young Zanaco have been sent out on loan by Sensational Zanaco Football Club as they enter the 2020/21 season. 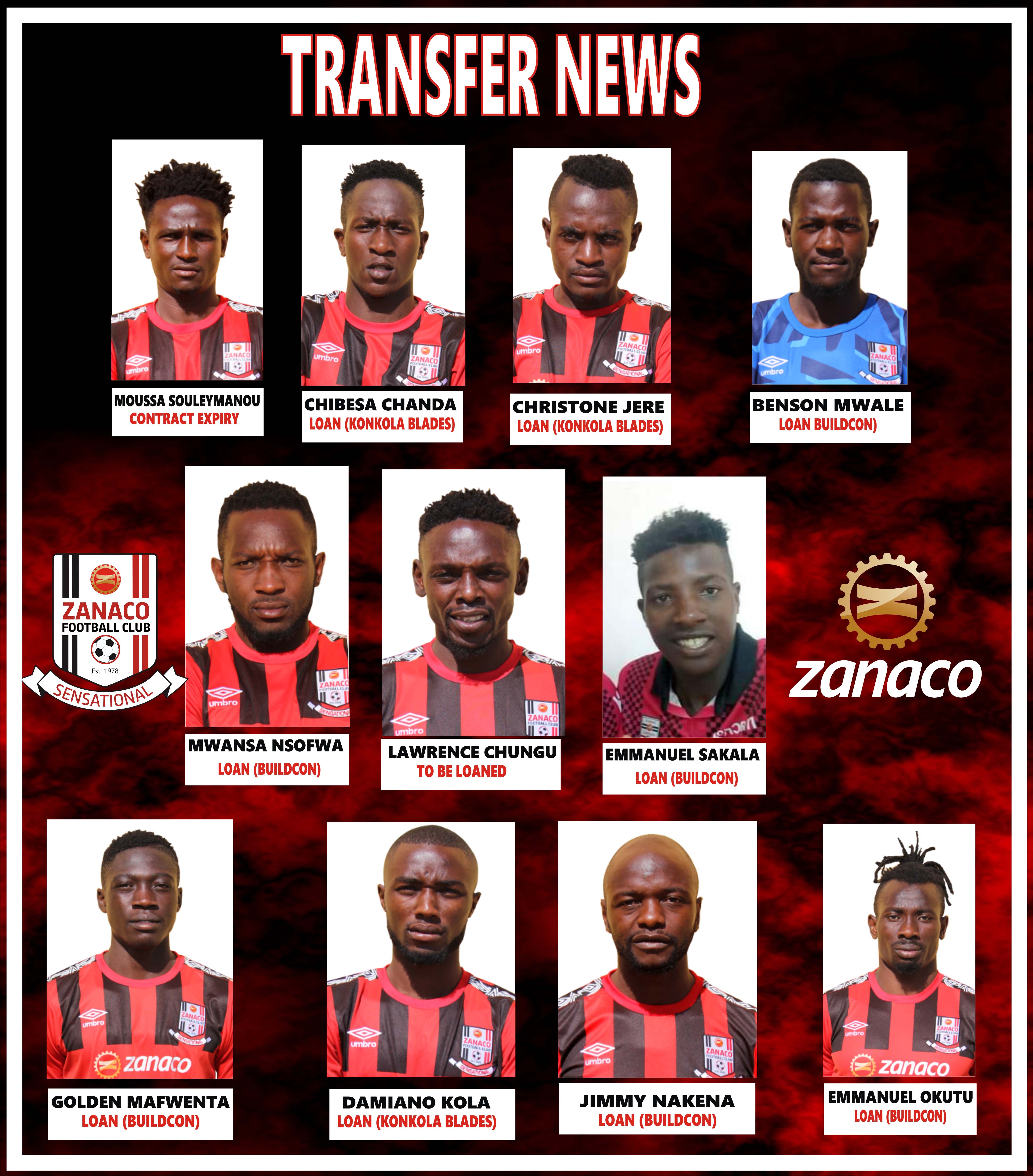 The nine players that will temporarily be playing their football away from Sunset next season are:

Others are Christone Jere, Chibesa Chanda and Damiano Kola to Konkola Blades.

Other notable names that are missing on the Livingstone Pre-Season training camp are Chitiya Mususu, Moussa Souleymanou and Toaster Nsabata.

MOUSSA SOULEYMANOU Cameroonian midfielder, Moussa Souleymanou has also left the club after he opted not to extend his contract which was coming to an end.

TOASTER NSABATA Goalkeeper, Toaster Nsabata missed out on a trip to Livingstone because he was unwell.