Sensational Zanaco FC has confirmed the departure of seven players from their squad.

Ofori's contract was terminated at the start of the 2019 FAZ/MTN Super League Transitional Season due to injury.

Midfielder Kasonde who is also part the players that have been released, leaves the club after four seasons at Sunset, winning one League and Barclays Cup titles .

Sensational Zanaco Football Club would like to thank all those that are leaving for their contribution during their time at the club and wishes them well in their future careers. 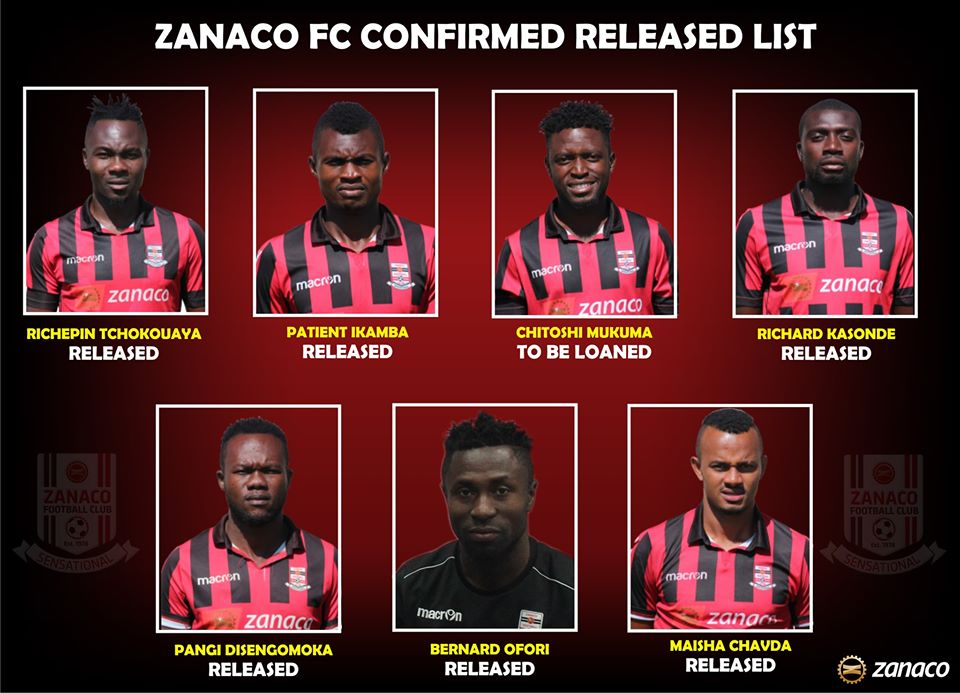