Sensational Zanaco Football Club claimed a 2-1 away win at Anjalay in the CAF Confederation Cup first round, first leg.

Bolton started the match on a high note dominating play in the first 15 minutes as they played inside Zanaco’s half.

The home side had their first real chance of the match in the 10th minute when Samuel Ononiwu was presented with a face to face chance which he ballooned over the crossbar.

Goalkeeper Toaster Nsabata was forced to make a save a minute later to deny Jonathan Spaville from close range.

Guily Manziba wasted a scoring opportunity on the quarter hour mark when he decided to go for glory from a tight angle when he had an option to pass to unmarked Chitiya Mususu.

The breakthrough for Zanaco came in the 27th minute when midfielder Tafadzwa Rusike was brought down in the box by Yves Namba and Tanzanian referee Mfaume Nasoro did not hesitate to point on the spot, the Zimbabwean playmaker made no mistake and it was one nil in favour of the visitors.

Bolton got back into the game when Armand M’poue pulled one back with an initial effort coming from Giano Kee’s rebound off the upright to leave the match in the balance.

It was a game that Zanaco could have won by many goals had they been clinical in front of goal.

Zanaco were made to make two first half forced substitution after Kola and Mususu limped off the field and were replaced by Okutu and Phiri respectively.

Both players tried to hold on a little bit longer on the pitch but had discomforts before asking to be replaced before half time.

The return leg will be played in Lusaka during the weekend of 27-29 on September to decide who goes through to the play-offs before the group stage. 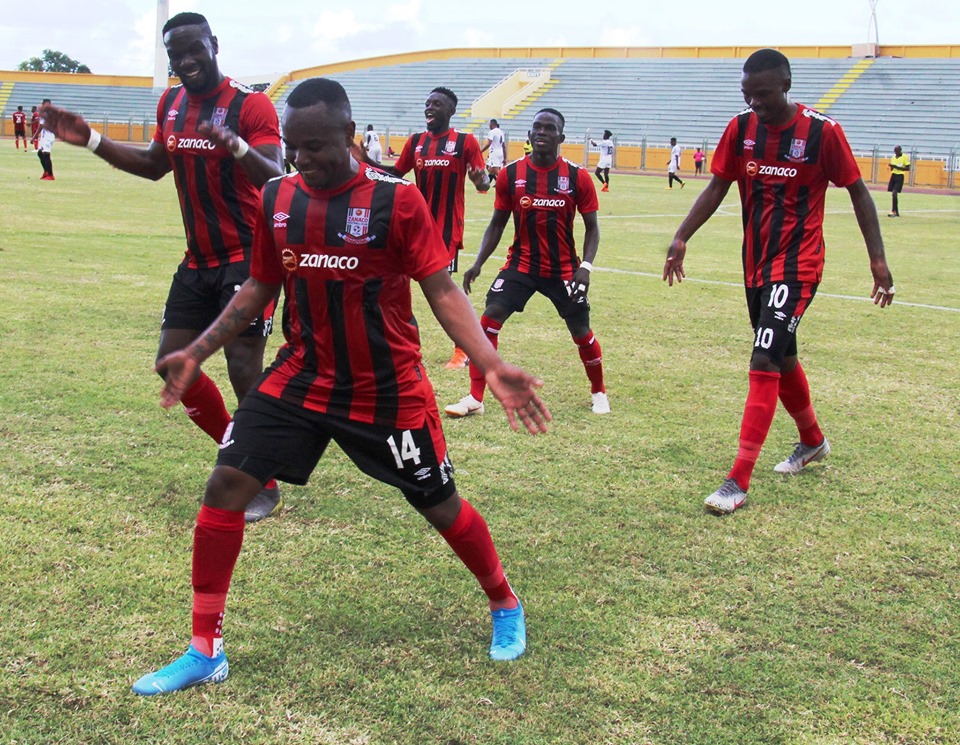