Zanaco Beat Nkana To Move Out Of Relegation

Zanaco Beat Nkana To Move Out Of Relegation 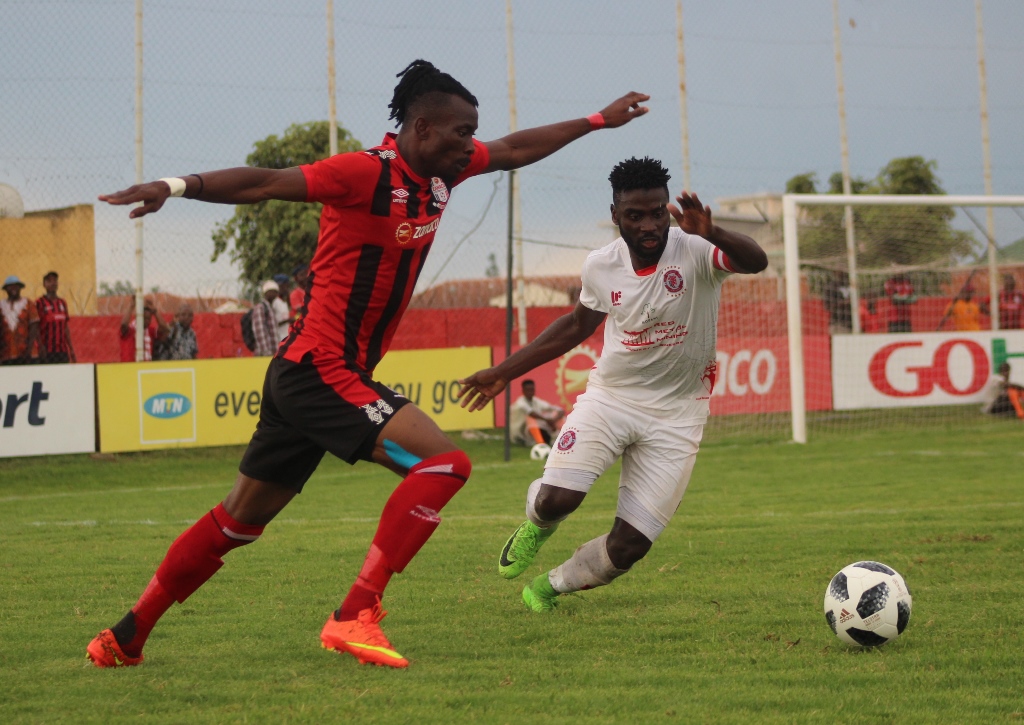 Sensational Zanaco FC moved out of the relegation zone after a 2-1 victory over Nkana in a tightly contested week 8 rescheduled fixture played at Sunset Stadium.

Midfielder Ernest Mbewe had put the Bankers ahead seven minutes into the match, pouncing on a rebound after Roger Kola's initial effort was denied by Allan Chibwe.

Striker Chitiya Mususu had a chance to double his team's advantage in the 14th minute, but Chibwe was quick enough to come off his line to make a save.

Ronald Kampamba had a chance to level matters for his side 20 minutes into the first half when he received a cheeky pass from Idriss Mbombo ,but Referee Derrick Kafuli deemed him to have fouled Belchance Makiese when winning possession of the ball.

The visitors were presented with another scoring chance in the 37th minute, again to Ronald Kampamba with a strike from close range and only to be denied by a brilliant save from Toaster Nsabata.

Both teams continued to search for goals in the first half, however the score stood at 1-0 in favour of Zanaco into the halftime break.

With nine minutes into the second half, Kebson Kamanga found the back of the net for Zanaco with a wonder strike from a set piece to double his team's advantage. However, Freddie Tshimenga pulled one back for Nkana in the 65th minute to make it 2-1.

Nkana almost equalized late in the dying moments match as they continued piling pressure on the home side's defense who were always alert to thwart their attack.

Zanaco now move to 14th position on the table with 16 points from 14 matches.