Sensational Zanaco and Mamelodi Sundowns played out a 0-0 draw in an international friendly at Sunset Stadium on Wednesday afternoon.

Both teams created numerous scoring chances in the match but failed to convert any of them.

The Bankers didn't make so many changes to their starting XI even after the arrival of new players, but some new members of the team where handed an opportunity to start.

Goalkeeper Toaster Nsabata got the nod to start behind in goal ahead of Mangani Banda and Racha Kola.

But there was a new pair in central defense , with Tiberius Lombard and Belchance Makiese starting.

Kelvin Kapumbu and Lassa Kiala were preferred options in the middle of the park.

Winger Charles Zulu made his first start in a competitive match since last year was assigned on the flanks with Guily Manziba.

The first real chance of the match came to Jeremy Brockie in the 23rd minute when he failed to take advantage he received the ball from an opponent to put him onside but had his effort wide.

With a minute before half-time, Emmanuel Okutu had a chance to put the home side in front, but failed to connect a Guily Manziba's cross from the right.

It was an impressive second-half performance after a number of substitutions were made in the second half.

Stand-in-coach Dabid Chilufya made one change at the break, Ziyo Tembo replaced Makiese and later made other changes which improved the complexion of the game as Tafadzwa Rusike came on for Kiala.

Manziba had a chance to put the home side in front five minutes into the second half when he broke on the left when he had a chance to pass the ball to the ball to Rusike, Moussa Souleymanou or Okutu who were unmarked but decided to go for glory hitting the side netting.

Zanaco were reduced to 10-men when referee Audrick Nkole sent off Lombard for a second bookable offense for a crude tackle on Tapelo Morena.

Kapumbu, Peter Kalota and Toaster Nsabata were replaced in the second half by Christone Jere, Kebson Kamanga and Mangani Banda respectively.

The Brazilians also made seven second half substitutions.

Both teams used the friendly as preparations for the local league and CAF club competitions. 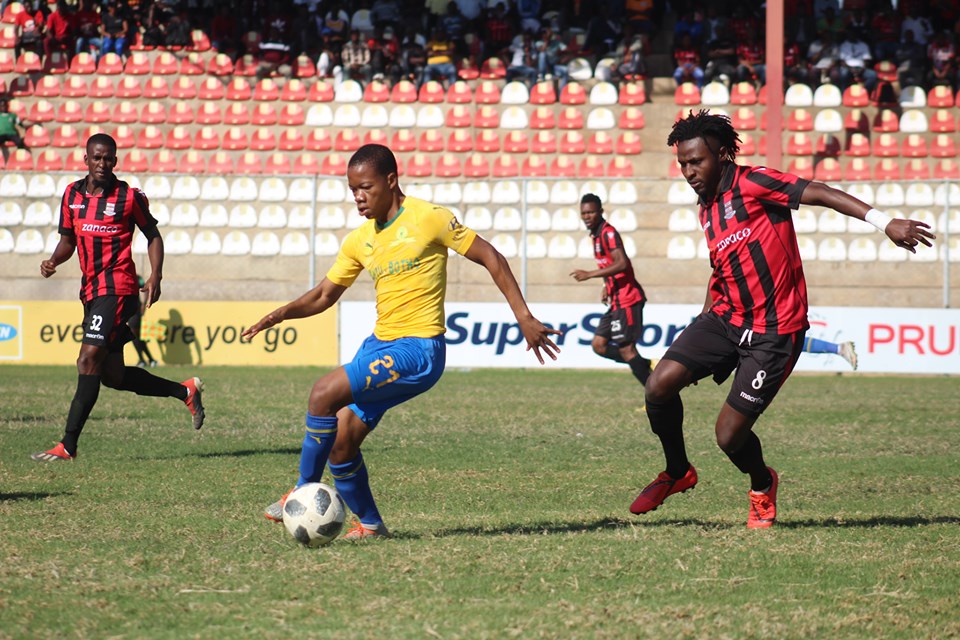