Caretaker coach, Robin Munsaka has made four changes to his starting lineup from the team that played Lusaka Dynamos on Sunday. 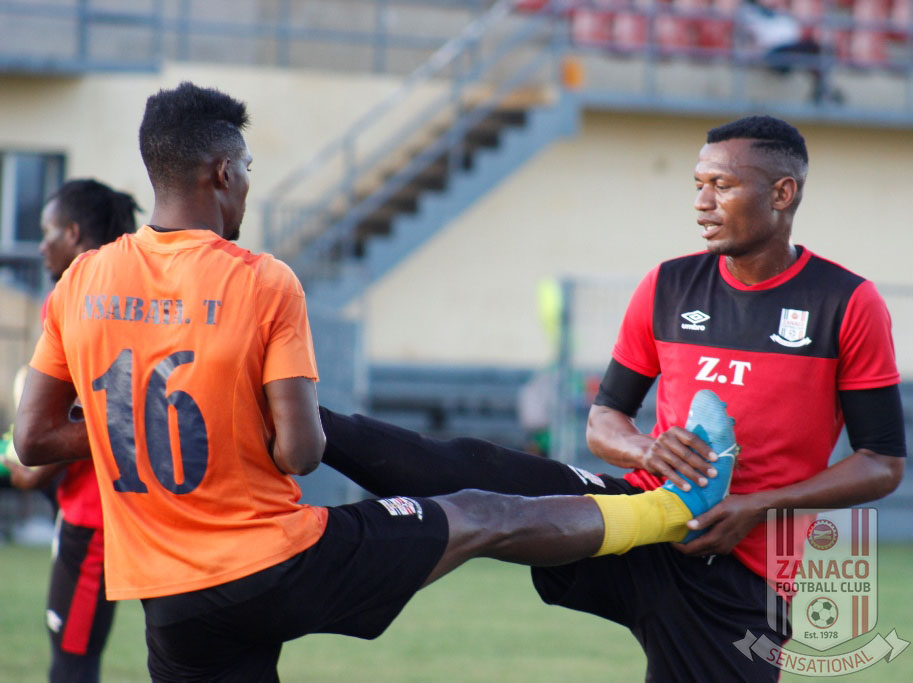 Munsaka and Kalumba Mpunga will take charge of Zanaco FC with the team currently sitting in the drop zone.

A win in today's match against Kabwe Warriors at Godfrey Chutalu Stadium will see Zanaco move out of relegation zone.

Mpunga will not be the only Zanaco FC veteran sitting on the technical bench, as former Zanaco captain and Young Zanaco assistant coach Henry Banda will also be there as an assistant.

Guily Manziba comes into the starting XI after coming on from the bench against Lusaka Dynamos.

Munsaka makes a change in goal too, Mangani Banda starts ahead of Toaster Nsabata who was substituted in the previous match, while Kelvin Kapumbu and Kebson Kamanga also come into the starting lineup.