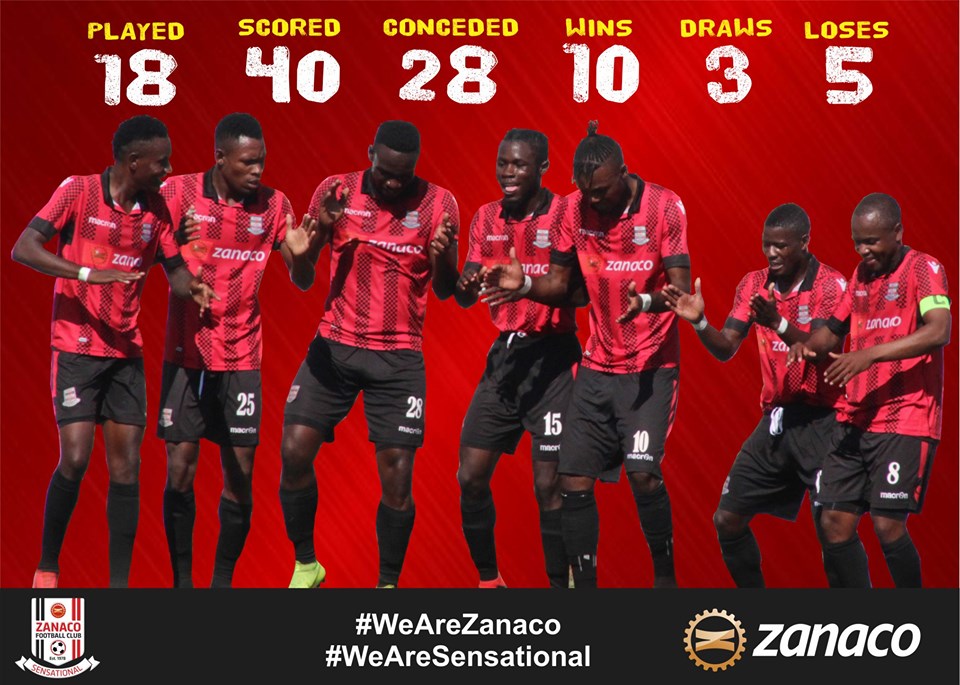 The Bankers did not do very well in the transitional season, they conceded in almost every match, but managed to secure a continental slot.

At least, qualification to play in the CAF Confederation Cup brought smiles back to the players and fans.

The team did not have a good season, because it was ultimately unable to perform consistently. But at its worst form, the Bankers still managed to qualify for continental championship.

Considering the team's inconstancy in results from match day one, the team finished the season in the top two, level on points (33 points) with Stream leaders Zesco United, but were separated on goal difference.

The Bankers were seen to be more effective in midfield and attack but did not defend as a unit through out the season.

The midfield combination of Tafadzwa Rusike, Guily Manziba, Julius Situmbeko, Moussa Souleymanou and Kelvin Kapumbu provided more assists than any other team in the stream.

Both Richard Kasonde and Boyd Musonda only featured in a handful of matches after the arrival Kapumbu from Lumwana Radiants.

Kalota's addition to the starting xi found success straight away, with the 20-year old first game against Green Buffaloes at Edwin Imboela Stadium proving to be a success.

The Bankers topped Stream A from week 1 to 10 before they were relegated to second position after back-to-back loses to Red Arrows and Lusaka Dynamos.

Two wins against Kitwe United and Zesco United in Week 12 and 13 respectively sent the Bankers back to the Summit of Stream A.

Numba and his men went on a two match winless streak after a 4-2 away loss to Nakambala Leopards and a 2-nil home defeat suffered at the hands of Kabwe Warriors.

Then came three boardroom points awarded to Warriors by the Disciplinary Committee to send Warriors top of the log with Zanaco further going down to fourth.

At this point, Warriors was in control, fate was out of the Bankers' hands and everything was heading in Warriors favour with three matches left to play.

As at week 16, Zanaco was third on the log, with five teams, Zesco United, Kabwe Warriors, Zanaco, Lusaka Dynamos and Red Arrows all with a chance to claim the two slots in Stream A.

Zesco and Warriors were the two teams ahead of Zanaco in Stream A before week 16 matches. Out of a possible of 9 points, Zesco United managed to collect 6, Kabwe Warriors 2 and Zanaco 7.

The Bankers we're going into the final match against bottom placed Prison Leopards knowing that, a win with a good margin will see them top the stream.

RESULTS ON THE FINAL DAY:**