Zanaco U16 team beat Red Arrows U16 team by 3:2 today afternoon in the FAZ U16 Elite League week 6 in a match played at Barca Academy.

Brian Mumba opened the scores for the young bankers in the third minute and 5 mintues later Matthews Mwale scored the second goal.

Mumba completed his brace in the 28th minute from the penalty spot.

By Halftime it was Zanaco 3:0 Red Arrows but in the second half Arrows put the young bankers under pressure and rallied back with two goals.

Arrows striker Edward Bondwe scored his first goal in the 51st minute and completed his brace when he scored a penalty in the 55th minute. 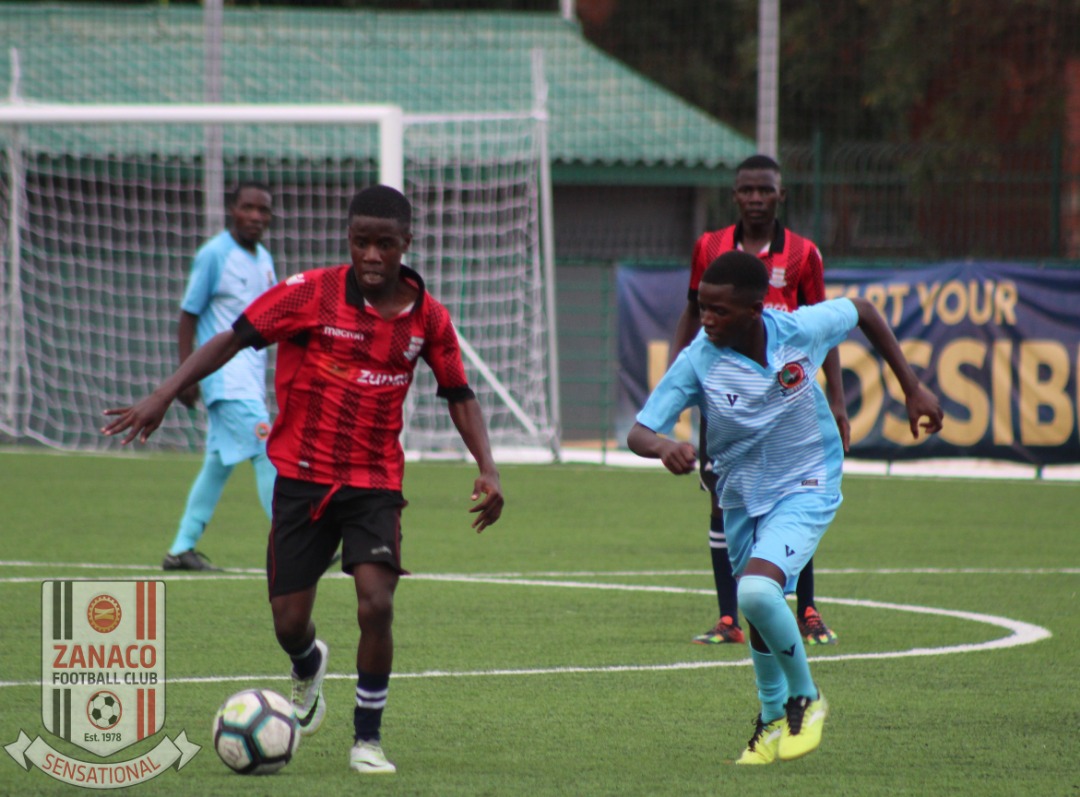 "Red Arrows were a better side in the second half, we started well in the first but did not do well in the second,maybe it is because of the substitutions that we made because i wanted each and every player to play. The strikers finishing was bad too and that made us miss alot of chances "

Ngulube adds that Injuries on major players has also contributed in today's play.

"Last week we were hit with injuries, 5 of our key players got injured and were not part of the team today."

With 6 games played Zanaco has won 5 and lost 1.

Zanaco has maintained the second slot on the Logo with 15 points same as first positioned Ateltico Lusaka who have a better goal difference than Zanaco.