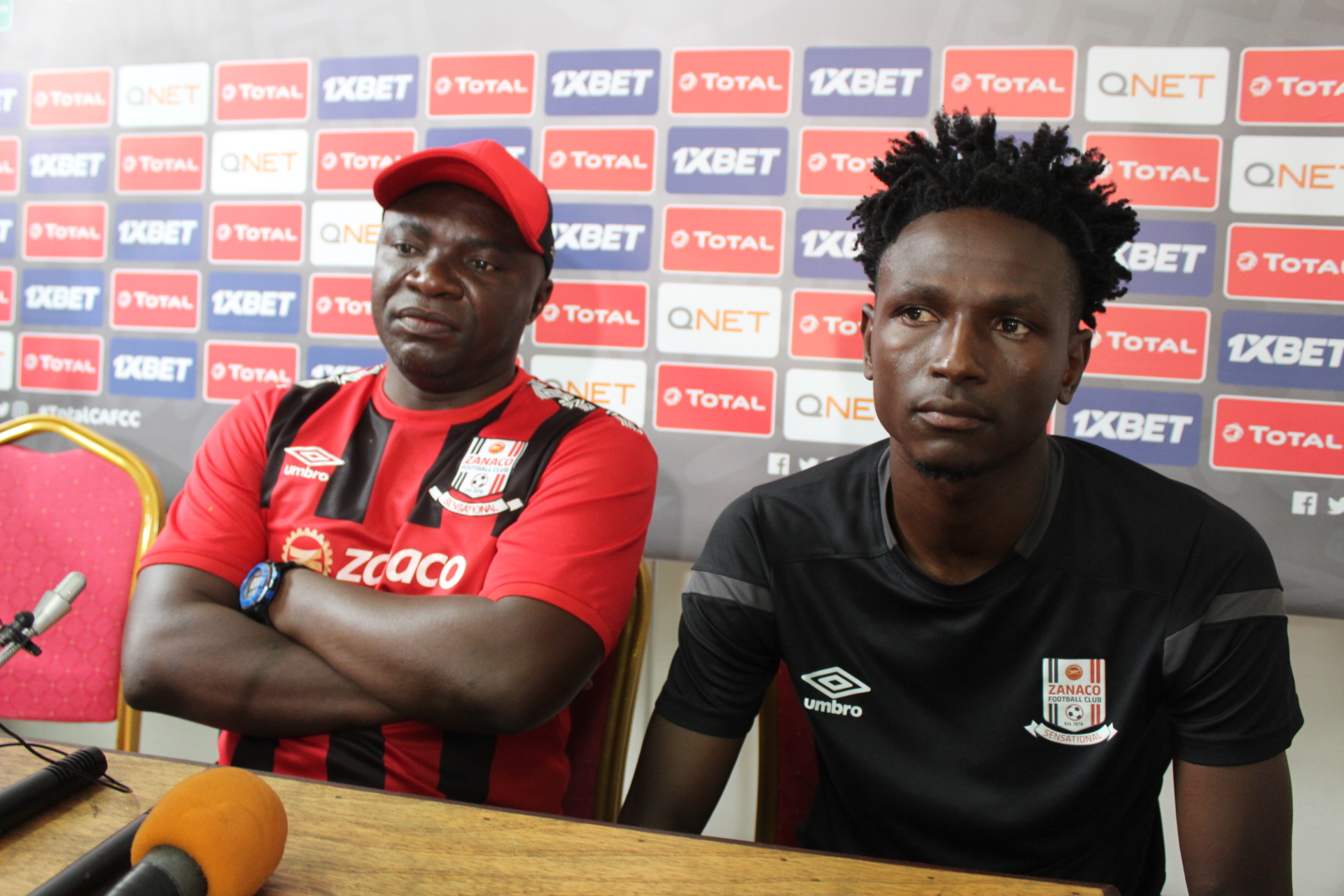 The two teams are scheduled to clash in the CAF Confederation Cup group C opener at Stade de Martyrs in Kinshasa on Sunday afternoon.

Numba told journalists at the pre-match press conference that his team is equal to the task and will definitely collect a positive result away from home.

"We have a bit of an insight on how our opponents play, we watched a few games that they've played.

Motema Pembe are a good side, we expect a tough game tomorrow as we face them." Numba told a press conference in Kinshasa on Saturday morning.

"Ofcourse Congolese teams are very good, but we have a formidable team that can do the job for us, we've done our preparations and we're very much ready for the game tomorrow," he added.

Numba who is making a return to Stade de Martyrs as a coach, having been here as player with Zanaco in 2004 to play AS Vita told journalists that it will be a different ball game this time around.

"From what we have seen from our team, I think we're are very much ready for the match tomorrow.

They should not underrate us, we have been in this competition for sometime, we're not a small team, I must say that football is played on the pitch and we'll do the talking on the pitch tomorrow." He said.