Sensational Zanaco FC will kick off their CAF Confederation Cup campaign at Stade de Martyrs in Kinshasa this afternoon as they look forward to maintain their 100 percent record in the competition. 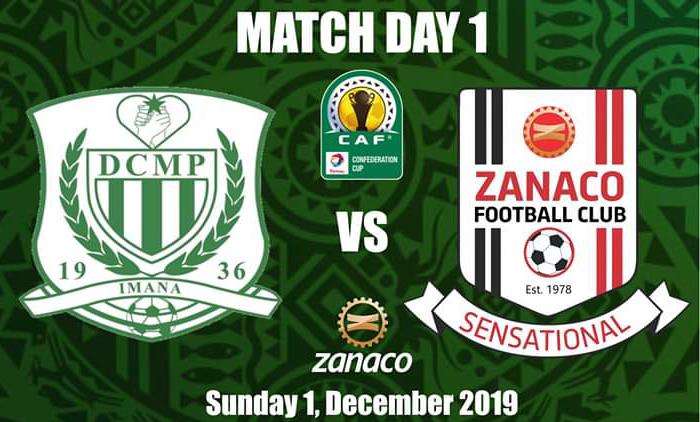 Motema Pembe have won seven games, drawn four and l only once once from the twelve local league games they have played so far.

They managed to win three games with one draw in their last four CAF Confederation Cup matches.

Currently on 12th position in the local league after playing eight matches with four games in hand.

Zanaco are without a win in their three previous games, getting two draws and one loss.

But managed to win all their four games in the Confederation Cup qualifying round.

A positive result in Kinshasa will give the Bankers an advantage.

Numba Mumamba will use the 1-4-5-1 formation against Motema Pembe.

Toaster Nsabata will start for the Bankers in between the sticks and will lead the team in absence of captain Ziyo Tembo.

Nakena and Lawrence Chungu will be on the right and left side of defense respectively.

Belchance Makiese will start in place of Ziyo who could not make a trip to Kinshasa due to injury and will partner Tiberius Lombard in central defense.

Kelvin Kapumbu and Rusike will start in the middle of the park in their preferred roles.

Ernest Mbewe also starts on the right ahead of Charles Zulu who has been relegated to the substitute bench and Guily Manziba will be on the left.

Roger Kola will be upfront as a lone striker to be supported by Moussa Souleymanou.