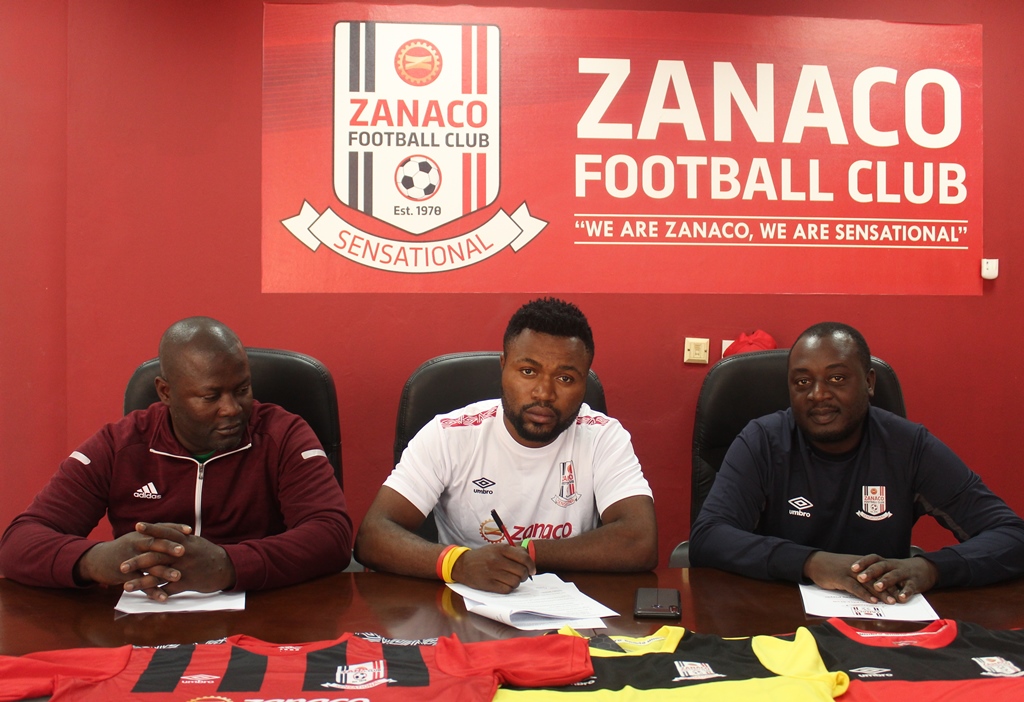 The 24-year-old signed for the Bankers after an impressive performance in the 2019/20 season.

He spent several years in the TP Mazembe youth side (TP Mazembe Ecole de Foot) before making a move to Zambia to join Ndola United in 2016 where he was spotted by Indeni in 2017.

He will battle it out with Racha Kola, Toaster Nsabata and Mangeni Banda for the number one choice, with young Benson Mwale joining Buildcon on a season long loan.