IT'S NOW A TWO WAY BATTLE ...as Group C final spot goes to the wire

The battle for a final spot into the last eight of the CAF Confederation Cup intensifies in Group C after match day five on Sunday. 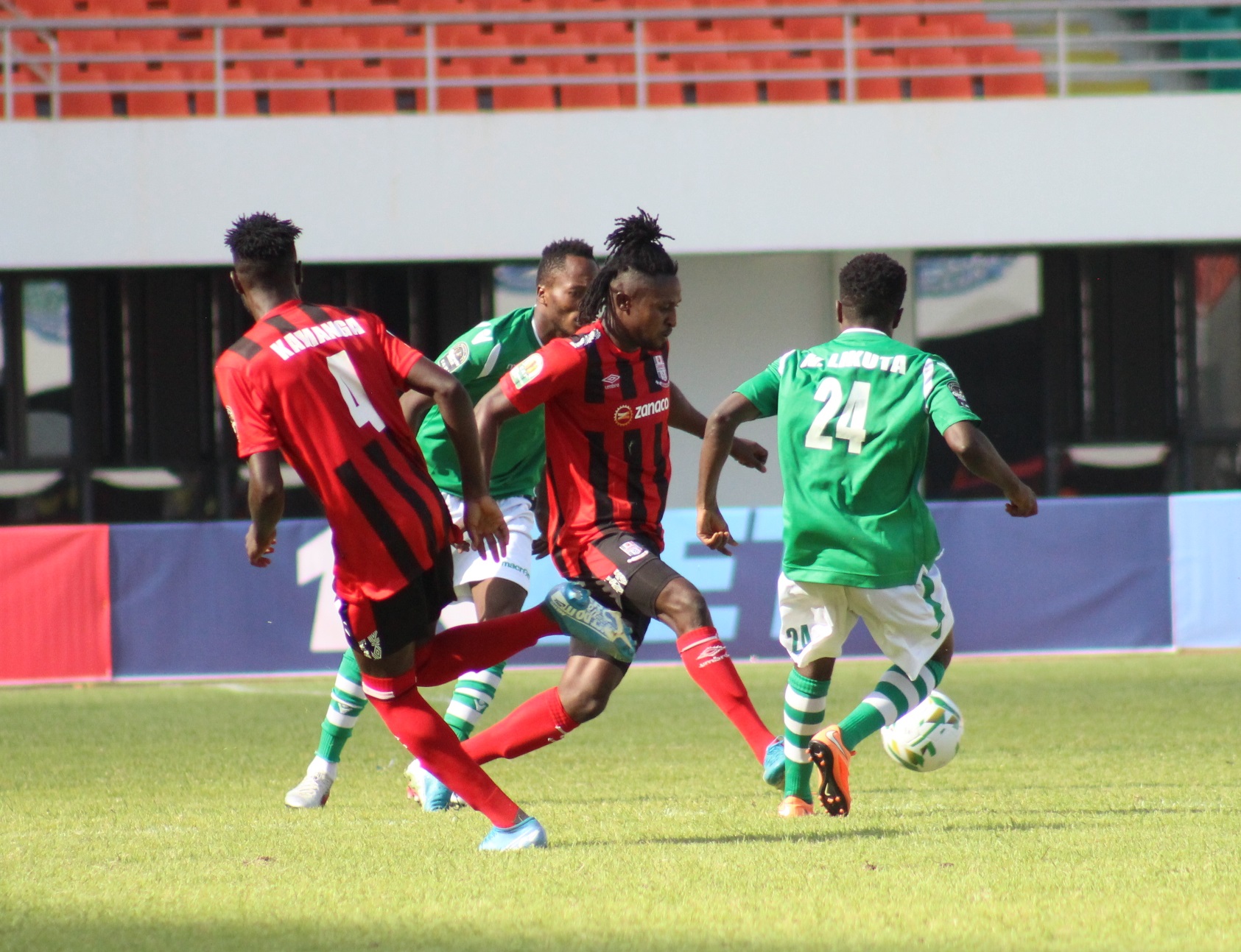 Sensational Zanaco FC pulled off an incredible late comeback to put their hopes of qualifying to the next round alive.

A late dramatic goal from Moussa Souleymanou deep into additional time was enough to ensure that the Bankers collected all the three points.

Defender Belchance Makiese almost put his side back on level terms, but his header from a Kebson Kamanga's freekick came off the crossbar.

Two minutes later, Charles Zulu was presented with an opportunity inside the box, but had his weak effort parried away by Motema Pembe goalkeer.

On the half hour mark, Nathan Mabruki denied Ernest Mbewe's from a tight angle.

It was 1-nil in favour Motema Pembe at half time.

It was a remarkable second half, as Motema Pembe changed their approach of the match to a defensive one.

The game was played into the visitors half for most part of the match with Zanaco dominated attack.

Kevin Owusu restored parity eight minutes from time with a volley inside the box and it was all square again.

Substitute Souleymanou's late dramatic strike deep into additional time (90'+3') moved the Bankers to second in the group and maintained a one point gap between them and leaders RS de Berkane.

With Berkane already through to the knock out phase after their big win in Porto Novo, that means that the remaining spot will be battled between Zanaco FC and Motema Pembe obn the final day.

Chris Kaunda's men only need a point to go through on the final match day regardless of the outcome in Kinshasa.