Zanaco opened the score line through Abraham Siankombo who scored in the 37th minute from a direct free kick.

Moses Phiri extended Zanaco’s lead through a header from Siankombo’s cross in the 52nd minute before he completed his brace in the 72nd minute.

Head Coach Kelvin Kaindu says the team will not be carried away with the win going into the second leg.

“We are happy to have won.It gives us confidence going into the return leg.In as much as we have won we will not be carried away with the win,it’s not over yet until we play them (Binga) in Mali.”

Kaindu also adds that winning without conceding a goal is a plus.

“We could have scored more goals,we had a lot of chances created which could have seen us wining by a big margin but winning with a clean sheet is good.”

He also adds that there’s still work to be done in the second leg.

“It’s not over yet till we play the final leg. A few mistakes here and there that were made in the defense which could have costed us,we will work on that.”

The final leg against Binga is slated for 5th December away at Stade Modibo Keita Stadium Bamako. 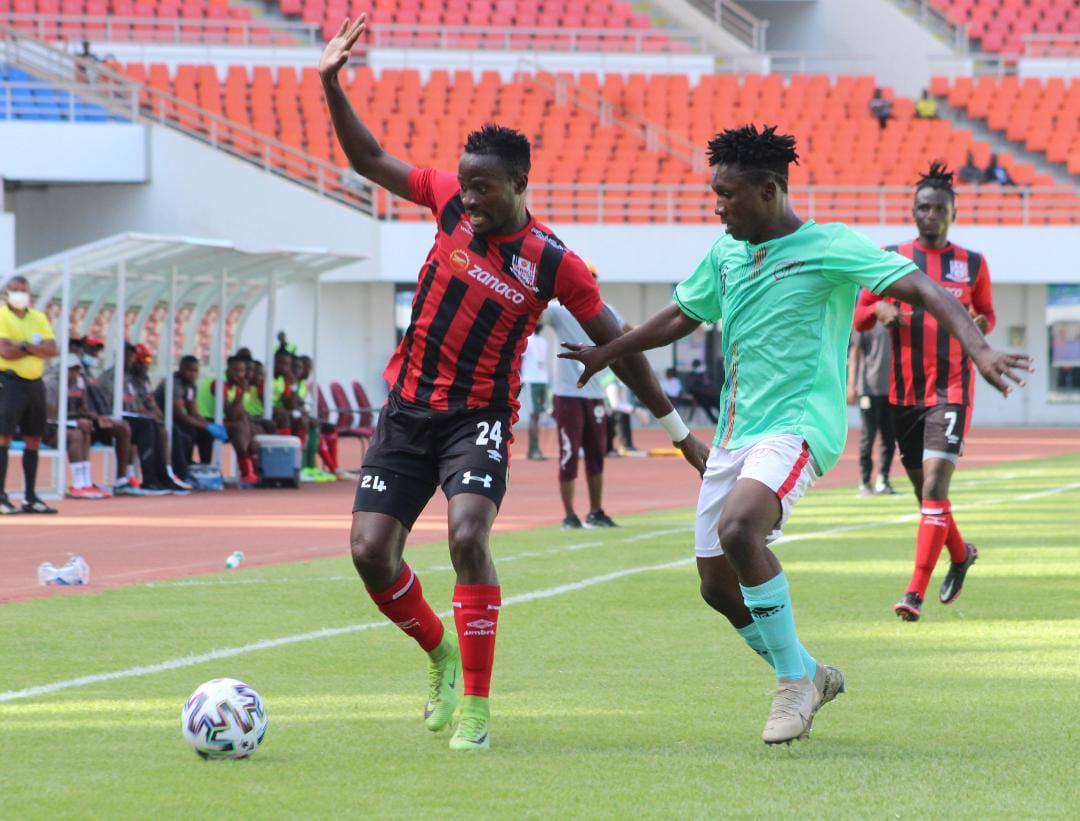